A Winter Concert in Oregon 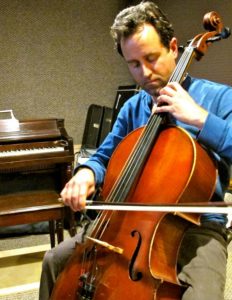 The orchestra opened its February 12, 2017 performance with a chamber symphony work entitled Three Places in Oregon composed in 2008 by Salem cellist and composer, Dr. Joseph Harchanko, pictured at right. The piece was revised specially for this performance. Its three movements, Painted Hills, Cape Foulweather, and Wizard Island, were inspired by three diverse Oregon landscapes.

You can sign up on AmazonSmile to have a portion of your sales donated to TVS…and it’s FREE!